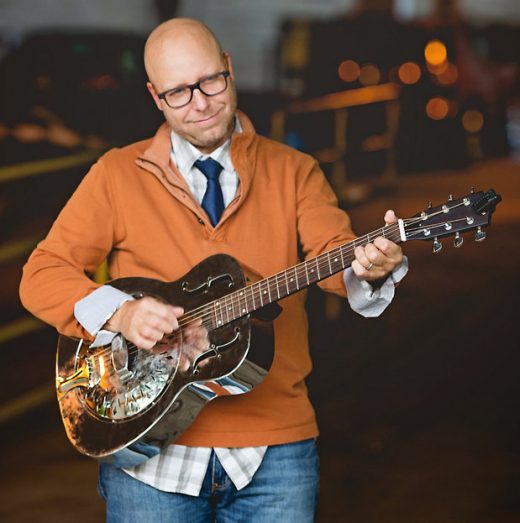 Not a day goes by without me pining for the days of the 90s pop underground movement. It was a retro-delicious time (to steal a phrase from Robyn Hitchcock), where bands developed the influences of the 60s (The Beatles, the Beach Boys, the Byrds and The Who) & the 70s (power pop, glam, pop-rock and rock ’n’ roll) into a heady melodic yet erudite melange.

So it was refreshing to come across Donny Brown’s eponymous EP, released in late 2015. Brown is perhaps best known as the drummer for successful alt-rock band Verve Pipe but on this, his 2nd solo effort, he proves that he has the chops (and more) to stand out on his own.

The six tracks here are lovingly crafted – from the memorable tunes to the old school pop-rock instrumentation/arrangements – and Brown casts his net wide to include many diverse inspirations from that special epoch of the 60s/70s.

Opening song “14 Days” is chock full of hooks, though presented in a subtle manner – a rather laid back introduction to the EP. It all kicks off in earnest really with the jaunty folky “Now You Can Break My Heart” with a McCartney-esque chorus as a wondrous topping. “Life Of A Stranger” is a little more sophisticated, a mid tempo number that explores self and identity.

The closing “Reach Out” is a pleasing jazzy song where Brown experiments a little with his vocal range.

Lacking a bit of the ‘power’ end of power pop, but with enough pop savvy to keep the fans of 90s pop underground sufficiently happy, Donny Brown should be lauded for presenting authentic sounding music that remains true to the principles of the best 60s/70s pop-rock.